Tips on growing your Support Group 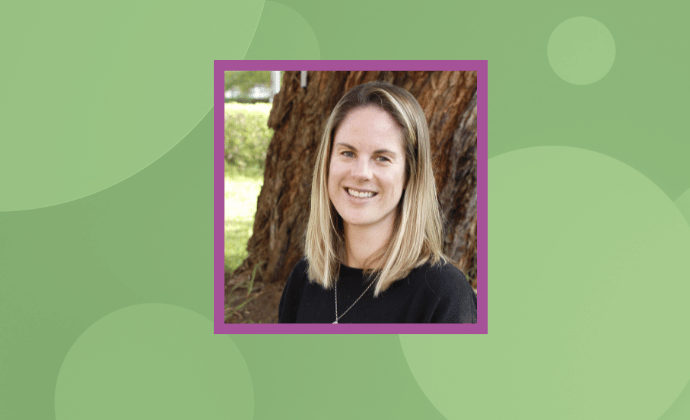 These Nurses are funded 50/50 by Parkinson’s NSW and the Local Health District in which they are based.

Rebecca began nursing at Waikato Hospital in Hamilton, New Zealand in 2005, and worked more recently at Auckland Hospital in the Movement Disorder Department. She has worked in a number of nursing fields, including surgical wards as well as remote nursing in Western Australia.

“Five years ago I worked for a pharmaceutical company in Auckland,” says Rebecca. “It was during this time that I started working with people with Parkinson’s. I’ve always enjoyed working in Australia and the sunshine is a bonus.

“When I heard about the role, it sounded like an exciting opportunity; creating a new nursing service and providing support to people where access to neurology services is limited. In the end it was a fairly easy decision.”

Actually getting to start work was a little more complicated, as the process took place during COVID restrictions in Australia and New Zealand. Once Rebecca had gained approval to leave New Zealand to take up the position, she then had to quarantine in Sydney for two weeks before she could finally travel to northern New South Wales, find accommodation, and settle into the new role.

“During COVID, face-to-face contact was restricted for extended periods in 2021,” says Rebecca. “And the close proximity to Queensland and the result of border closures meant many people were unable to attend specialist’s appointments – this was challenging to navigate.

“I was limited to phone support, but it was also an opportunity to develop Telehealth services. Being a regional nursing service, I did miss connecting with colleagues in other locations as we were unable to travel.”

And then came the record-breaking February 2022 floods.

“Where I live in Lennox Head, I was fortunate not to be directly affected by the floods,” says Rebecca. “The event happened really fast. Watching it on the news, it was quite chaotic. With assistance from the Support Group leaders and team at the hospital, our priority was to provide welfare checks to patients and their families. Evacuation centers were set up around the region and locals donated belongings and offered help.

“The following day saw flooding in Ballina and as a result Ballina Hospital was evacuated to the local high school. Anyone with medical experience living in the area turned up to assist and for two days a makeshift hospital was created.

“It was organised chaos; air mattresses and bedding were donated, and food was delivered by local restaurants. For the 50-odd patients transferred it was quite an experience.

“We are trained to handle earthquakes in New Zealand, but not floods. It was humbling seeing the community really pulled together – an extremely strong and resilient community.”

Even months after the floods, Rebecca says she is still seeing people struggling, many in temporary accommodation with disruption to social services and routines.

“Displaced housing and sickness meant staff were either unavailable or carers were different; this can be very unsettling for people with Parkinson’s as routine is so important and change leads to heightened anxiety which is a common symptom of Parkinson’s,” says Rebecca.

“In Australia, due to its size, access to specialist care can be challenging. Lockdowns and border closures have added to these challenges”

“We hope to see more Telehealth in the future,” she says. “Although, people still value meeting in person and connecting with their peers. It’s so important for their well-being. Our Support Groups have continued for this reason.

“Since I started, we’ve overcome several major events which has been difficult and overwhelming at times. But one step in front of the other is the answer.”