When Geraldine Tranter was diagnosed with Parkinson’s in 2009, she and her husband were living in the village of Croppa Creek, in north-western New South Wales.

They bought a little cottage in Minnie Waters, just south of Grafton, for coastal holiday breaks and in between visits they holiday-let it. However, as Geraldine’s Parkinson’s progressed, they decided it was time to move to their coastal cottage and be closer to medical support.

“THAT’S HOW I MET VINCE AND AMANDA. VINCE EXPLAINED EVERYTHING INITIALLY AND WAS REALLY GOOD ABOUT ANSWERING ANY QUESTIONS I HAD IN A FEW CALLS. AMANDA IS ALSO VERY GOOD WITH THE SUPPORT GROUP.” 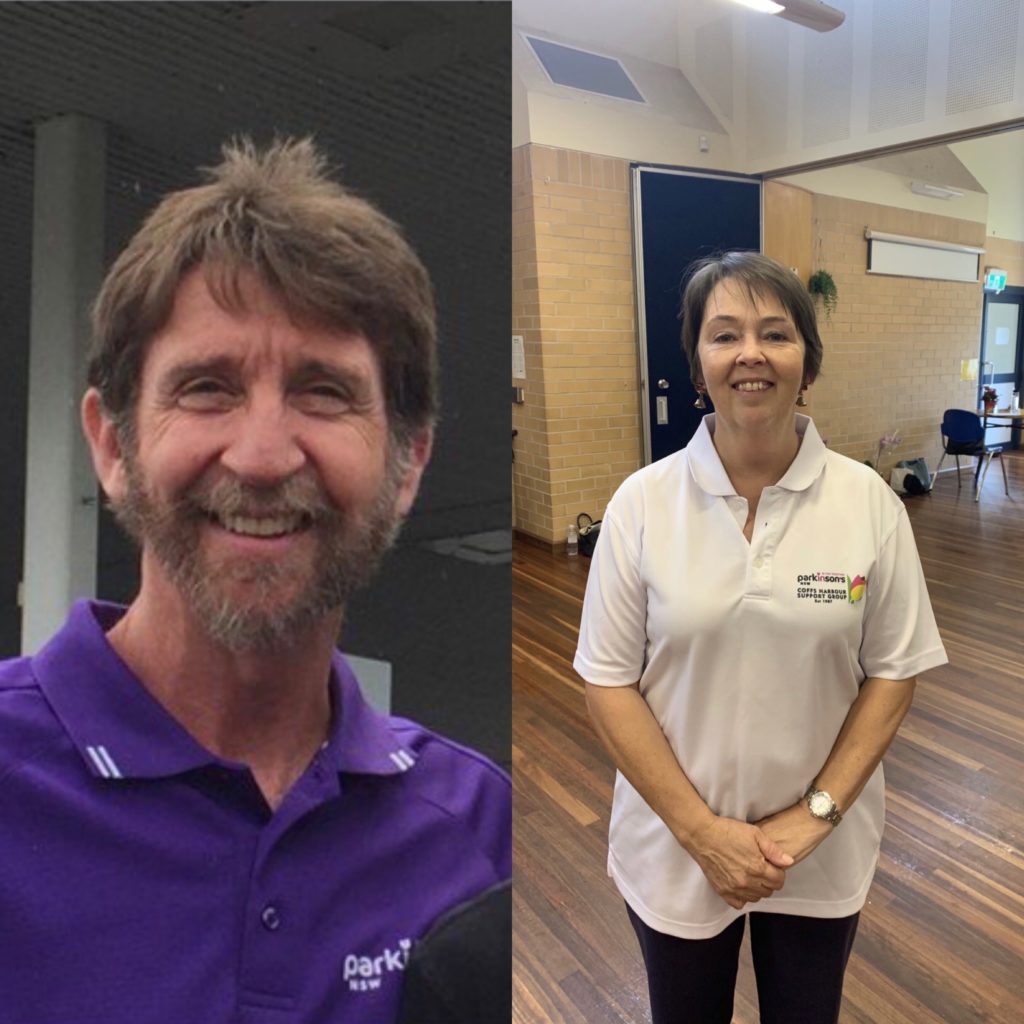 Geraldine, who is treated with a Duodopa pump, mainly uses the Parkinson’s nurses for phone consultations and support.

“They don’t drive out here as it’s over an hour from their Coffs’ base, but we talk on the phone,” she says.

“WHEN I HAVE TO ADJUST MY DUODOPA TREATMENT THEY TALK WITH US AND MY HUSBAND FOLLOWS INSTRUCTIONS.

“They also pass on our questions to the specialist and let me know if he approves of any changes. My husband manages it for me, you wouldn’t meet a better person.”

Geraldine has found some challenges with her treatment since she had the PEG-J tube for her Duodopa pump fitted late last year.

“I’m still battling to get things balanced,” says Geraldine. “It can take a while with the nurses catching up with what the problems are and speaking to specialists and getting back to us.

‘I don’t know if we were in town that it would be any faster. I just think there is a need for more Parkinson’s nurses because there are so many people needing their help.

“But we’ve never given up on the idea that it’s going to get better for me once we have got the treatment balanced.”