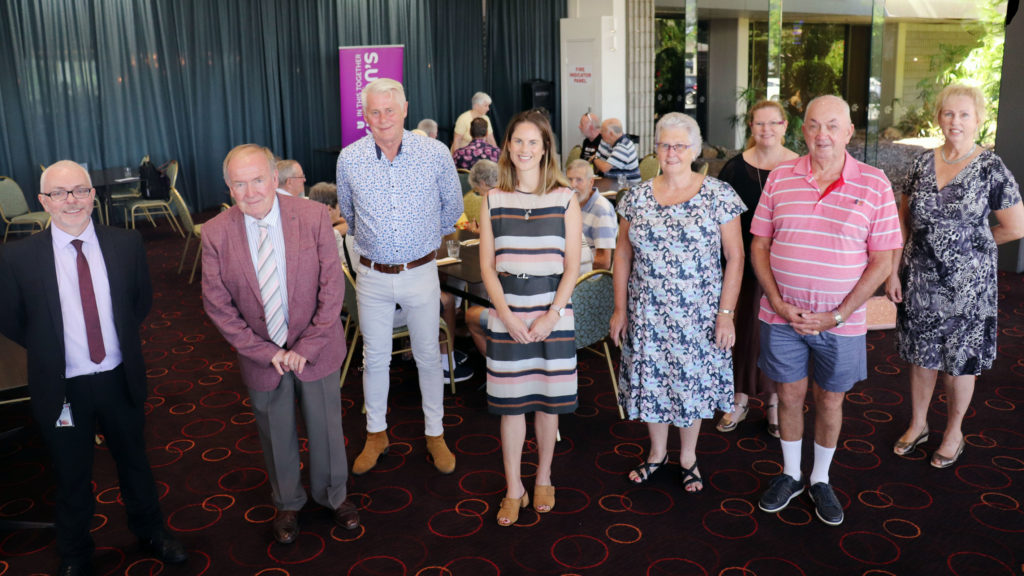 People living with Parkinson’s in Northern NSW now have the support of a newly appointed Parkinson’s Specialist Nurse, Rebecca Manners, who is trained and experienced in the care of people with the neurodegenerative condition.

Ms Manners is based in Ballina and will support people living with Parkinson’s, their families and caregivers who reside in the Tweed, Byron, and Ballina communities.

The appointment was announced today by Member for Tweed Geoff Provest and Vice President of the Parkinson’s NSW Board David Veness.

The position is being co- funded by Northern NSW Local Health District and Parkinson’s NSW.

Member for Tweed Geoff Provest said the Parkinson’s Specialist Nurse model had already been proven to deliver benefits for people living with Parkinson’s and their caregivers.

“THIS SPECIALIST POSITION PROVIDES EVIDENCE-BASED ADVICE AND ADVANCED NURSING SERVICES
AND CONNECTS PEOPLE WITH THE SUPPORT THEY REQUIRE IN THEIR OWN COMMUNITY,” MR PROVEST SAID.

Click here for printable version “Where communities have access to a specialist nurse, people living with Parkinson’s, as well as their caregivers and family members, show significant improvements in their own well-being, with reduced levels of depression. Hospital stays can also be reduced through the intervention of a specialist nurse.” The new role is based at Ballina District Hospital, working across a variety of settings including outpatient clinics, visiting people in their home, hospitals and supporting the two Parkinson’s support groups in the region.

Parkinson’s disease is the second most common neurological condition in Australia, and the number of Australians affected is expected to continue to increase as the population ages.

Vice President of the Parkinson’s NSW Board David Veness said the appointment will make a huge difference for the local Parkinson’s community because this nursing model enables the delivery of seamless care across multiple settings including private homes, clinics, hospitals, and residential aged care. “Studies show that health outcomes are poorer for people living with Parkinson’s in regional areas compared to those in the city,” Mr Veness said. “Also, the prevalence of Parkinson’s has been reported as higher in rural and remote areas, yet most of the specialist services for Parkinson’s are found in capital cities.

Parkinson’s Specialist Nurses also provide support during hospital stays and help with referrals to complementary therapies such as physiotherapy, occupational therapy, and speech pathology. Between mid-2012 and mid-2020, the Northern NSW Local Health District increased its workforce by an additional 1008 full time equivalent staff – an increase of 26.7% – including 171 more doctors, 367 more nurses and midwives, and 121 more allied health staff.

About Parkinson’s
Parkinson’s is a progressive, degenerative condition of the central nervous system. Nerve cell damage in the brain causes dopamine levels to drop, leading to the symptoms of Parkinson’s. Parkinson’s symptoms include tremors, slow movement, stiffness and loss of balance. Also fatigue, apathy, depression, disturbed sleep, loss of sense of smell, and issues with speech and swallowing. Symptoms can be managed with medication, exercise and other forms of therapy and support. However, as yet there is no cure.