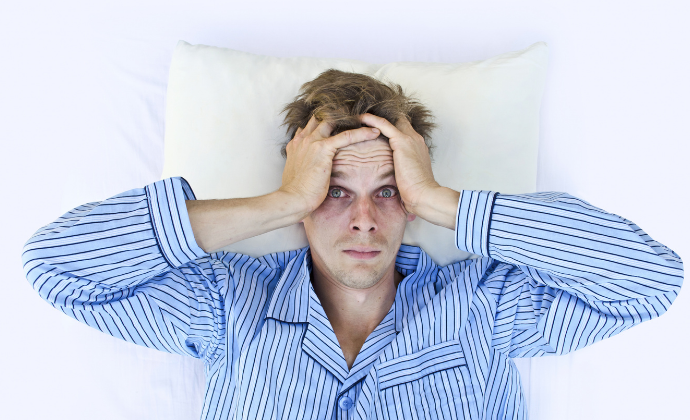 There is a possibility that sleep disorders play a role in the process of neurodegeneration leading to Parkinson’s and may have a role in the course of the illness once it becomes clinically apparent.

Inadequate sleep undermines wellbeing and quality of life independent of the above issues.

All our body processes have approximately a 24-hour cycle. Sleep and wake are manifestations of this rhythm.

All cells and body systems have clock genes which are entrained largely by light-dark signalling via the retina. Sleep and wake are very different states – physiologically, biochemically, immunologically, and behaviourally.

Sleep represents a vital and essential state for health span and life span. Melatonin release is triggered by ‘dark’ signalling and entrains the body-wide physiology into ‘sleep mode’.

Both dopamine and melatonin are under circadian control with retinal photoreceptor cells playing a key role in this diurnal regulation. Dopamine inhibits melatonin release and vice versa and this synchronisation also points towards dopamine having a role in sleep-wake regulation.

Circadian dysregulation of dopamine is related to impulsivity – including substance abuse and sexual impulsivities and compulsions.

The hypocretin/orexin system has a role in modulating and orchestrating the many signals for arousal and sleep. This system projects throughout the brain enabling situation/task appropriate vigilance arousal, apparent in rapid eye movement (REM) and non-REM sleep and sleep-to-wake transitions as well as appropriate arousal in the awake state.

This system is also degenerated in Parkinson’s.

Rapid eye movement (REM) sleep is under circadian control. REM Behaviour Disorder is a well-known marker of a sleep disturbance related to the subsequent development of Parkinson’s.

More commonly – but less often detected and treated – are a range of sleep and circadian rhythm disturbances and clock gene dysfunctions that may well play a role in the development of Parkinson’s and contribute to and aggravate its range of symptoms.

Clonazepam is commonly used to treat REM Behaviour Disorder but is has negative impacts on the power and quality of the overall circadian sleep processes and cycle.

Sleep disturbances are related to an increased risk of cardiovascular disease – hypertension, cerebro- and cardio-vascular diseases, which also have an elevated prevalence in those with Parkinson’s.

Likewise, psychomotor impairments such as prolonged reaction times, impaired fine motor movements and impulsivity and other impairments occur with sleep disturbance and in all likelihood will aggravate/load onto the Parkinson’s symptoms.

It is likely that problems with impulsivity, compulsiveness and related issues that can occur in Parkinson’s and that are usually attributed to the disease may at least in part be due to dysregulations arising from executive impairments related to cognitive decline and self-regulation due to sleep disorders.

Clock genes have a role in modulating response to dopamine and the rhythmic diurnal dopamine-melatonin synchronisation is important in the proper regulation of the circadian sleep-wake cycle.

The range of other drugs commonly part of the polypharmacy in Parkinson’s is also likely to contribute to this somnolence. Also relevant is the loss of relevant neurons involved in the wake promoting system – the orexin and noradrenaline neurones of the hypothalamus and locus coeruleus respectively.

Insomnia also is related to L-Dopa dose but also long predates the emergence of Parkinson’s symptoms. The implied role of circadian and sleep disturbances suggests that there might be a best time in the 24-hour circadian cycle to take Parkinson’s medications for ‘best’ effect.

Any sleep disorder can also occur in Parkinson’s including obstructive sleep apnoea.

Using a personalised or precision medicine methodology and looking beyond the label and symptoms to identifying underlying causal processes can reveal several relevant causal processes.

If all are addressed, across the board improvement can occur in symptoms, wellbeing, and functioning.

This means that not all symptoms and severity of symptoms should be exclusively attributed to the Parkinson’s diagnosis. This approach is called personalised or precision medicine and represents the immediate future in best practice.