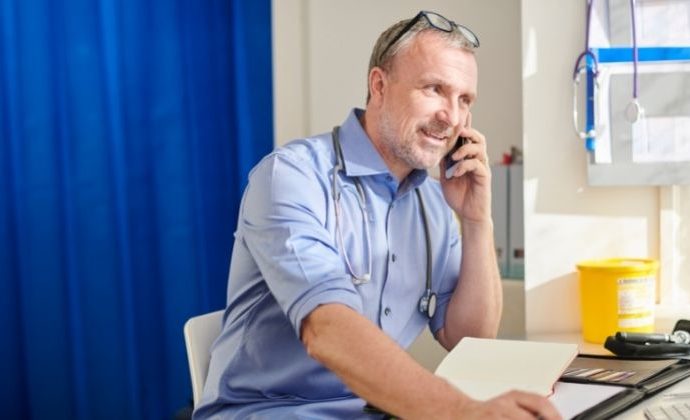 Geoff Whale from Taree, was diagnosed with Parkinson’s six years ago – but suspects he had Parkinson’s for two years prior to that.

Geoff, now 80, only found out about Parkinson’s Specialist Nurses 18 months ago when he was dealing with an admin nurse in a medical practice.

“She was the main contact for referrals and things,” explained Geoff. “I was speaking to her about another referral so that I could continue to attend the special exercise classes run by exercise physiologists for old veterans.

“The classes have been wonderful. She also told me about the Parkinson’s Specialist Nurse Rachael Mackinnon and gave me her contact details. I got in touch with Rachael and she explained how she could assist me.

“Rachel is absolutely wonderful for knowledge about Parkinson’s – infinitely superior to any doctor in town. They read her reports and say: ‘I couldn’t have done that’.”

Geoff used Rachael recently for a Telehealth conference with his new specialist, Dr Sam Bolitho, who is based in Sydney at St Vincent’s Hospital.

(Coincidentally Geoff knew Dr Bolitho’s grandfather when they were both in the air force in the late 1950s).

“Rachael set up the Telehealth conference and it was excellent,” says Geoff. “I was having some big changes made to my medications because some of the medications I had for other health issues were not Parkinson’s-friendly.

“Sam knew things needed adjusting and it was as good as being in his surgery. Even though I had written out a list of questions for the appointment, I was about to forget one thing.

“Rachael was able to prompt me because she had gone through things with me before. If I’d been alone to see him, I could easily have forgotten things.

“There is no neurologist in Taree, just one who visits Forster on weekends. The Parkinson’s Specialist Nurses are the best thing that’s ever happened for people with Parkinson’s. Rachael is so experienced and knowledgeable and worth her weight in gold.”