How many steps do you do a day? 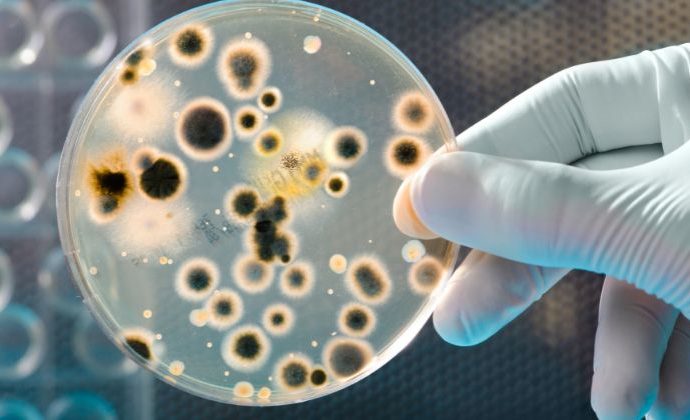 People with Parkinson’s tend to have high numbers of pro-inflammatory bacteria in their noses, according to a new study.

Researchers think these bacteria may be a trigger for inflammation in the brain, which could help to set the stage for the development of Parkinson’s.

Our bodies are home to billions of bacteria and other microorganisms, collectively referred to as the microbiome. These tiny creatures play important roles in health and disease that are only beginning to be understood.

An emerging body of research has suggested the microbiome is dysregulated in Parkinson’s. Prior studies have found abnormalities in patients’ gut and mouth bacteria, for example.

Prior studies looking at bacteria toward the outside of the nose have failed to find noteworthy Parkinson’s-specific differences. However, a team at Rush University in Chicago analysed bacteria in the deep nasal sinus cavity of 30 people with Parkinson’s. The team noted that the deep nasal sinus cavity – far up in the nose –  is close to the olfactory bulb, a brain structure involved in the sense of smell.

“We posit that the unexplored deep nasal sinus cavity is a more relevant site for neuroinflammation (brain inflammation) in Parkinson’s and hypothesised that the deep nasal microbiota community has a pro-inflammatory profile in PD,” the scientists wrote.

Bacteria diversity was analysed in 30 individuals with Parkinson’s using a technique called 16S rRNA gene amplicon sequencing. This involves sequencing a specific part of the genome in a sample of bacteria, which researchers can use to deduce which species are in the sample and their relative abundances.

For comparison, the researchers also analysed bacteria in the deep nasal sinus cavities of 11 of the patients’ spouses who did not have Parkinson’s. Spouses were chosen in order to account for environmental factors (e.g., bacteria that happen to live in a person’s house). Bacteria from 17 non-spousal healthy controls also were analysed.

Results showed that, compared to the controls, people with Parkinson’s tended to have higher amounts of certain bacteria that are likely to have pro-inflammatory effects.

For example, many patients had high abundancies of Moraxella catarrhalis, which is known to be an opportunistic pathogen – a bacteria that usually does not cause disease but can under certain circumstances.

The team noted that M. catarrhalis was not always linked with Parkinson’s – indeed, some patients had no detectable amounts of this type of bacteria. But microbiomes with the highest abundances of this bacteria consistently came from people with Parkinson’s.

In addition to high levels of pro-inflammatory bacteria, Parkinson’s patients also tended to have lower amounts of bacteria with anti-inflammatory properties, including Blautia wexlerae, Lachnospira pectinoschiza, and Propionibacterium humerusii.

“These organisms and other similar taxa (biological groups) may play an important role in maintaining a balanced (anti-inflammatory) microbial composition in the nasal microbiome,” the researchers wrote.

Collectively, the team said this study “…supports the hypothesis that gut and deep nasal dysbiotic microbiota communities are triggers/enablers of neuroinflammation,” which may help to drive the onset of Parkinson’s.

The researchers noted this study was limited by its small sample size and highlighted a need for more research to understand how the microbiome affects the development of Parkinson’s.