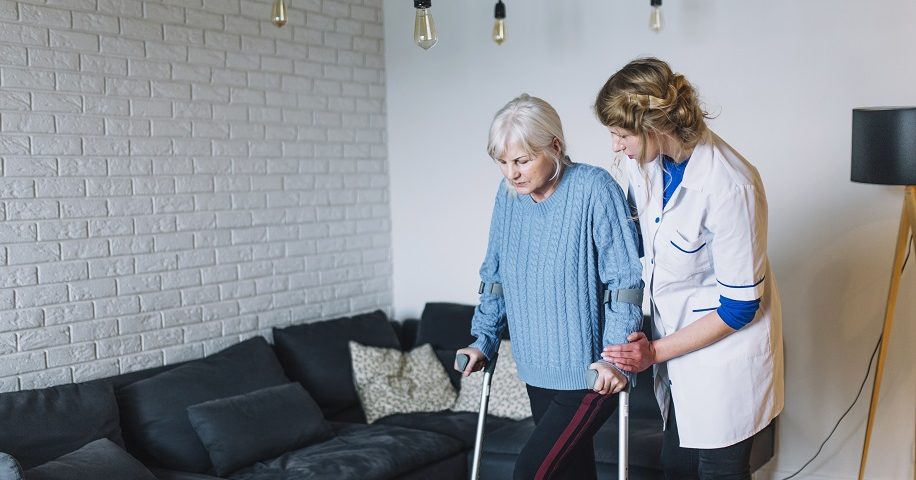 Some people with Parkinson’s disease experience freezing of gait every day. Unfortunately, medication that reduces motor symptoms of this disease doesn’t usually help with freezing.

At McGill University in Montreal, Canada, PhD student Alexandra Potvin-Desrochers is investigating the connectivity between the regions of the brain involved in freezing.

Her aim is to determine whether combining rTMS—repetitive Transcranial Magnetic Stimulation—with balance and gait training will reduce freezing and improve the daily lives of people with Parkinson’s.

Freezing in place while walking, which can also result in falling, is an aspect of Parkinson’s some people experience daily. Often, freezing contributes to social isolation, because people are afraid to leave home in case they get stuck or fall.

Her hypothesis is that freezing occurs as a result of an overload in the processing of a variety of inputs into the brain – including messages from the cognitive, limbic, and motor and sensory regions.

This non-invasive technique places a magnetic coil on the scalp and creates a low-level magnetic field to stimulate or reduce the activity of the neurons in the areas of the brain it is placed above.

Potvin-Desrochers is determining whether treating people with Parkinson’s with rTMS can reduce freezing.