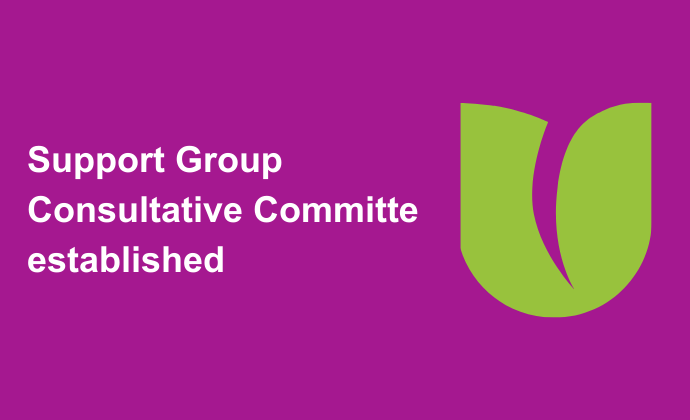 In order to establish the Committee, an invitation was sent out to all Support Groups for people who wanted to nominate themselves for the role based on the following:

In addition, we sought people with specific functional competencies:

Eleven Support Group Leaders nominated themselves. The quality of their applications was such that all have been accepted for the Support Group Consultative Committee.

The successful nominees and their Support Groups were: