Track your medications on an iPhone 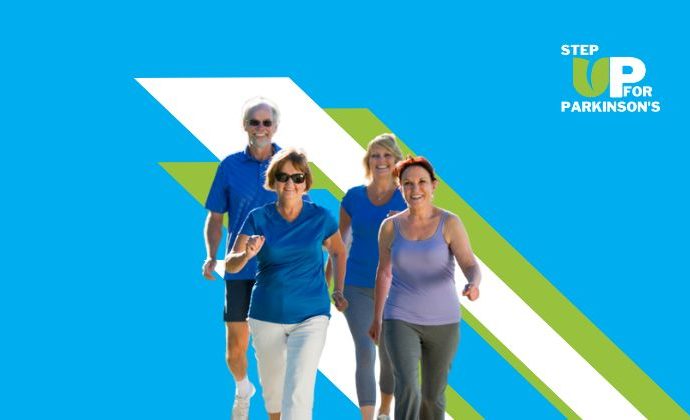 The concept of the Step up for Parkinson’s fundraising campaign in May was simple and flexible but delivered multiple benefits. People were invited to get active and raise funds for people living with Parkinson’s.

Who they raised funds for, how and where they got active, with whom, and over what times or distances was entirely up to the individual.

As a result, not only did the campaign raise $125,135 to fund services for the NSW Parkinson’s community, but it also brought together friends, family, pets, and communities – and encouraged a healthy and active lifestyle.

A total of 241 people registered for the fundraiser and they attracted 1634 donations.

The Campaign also included a digital honour wall that allowed participants to share why they were taking part in Step Up for Parkinson’s. There were some touching stories on the I’m stepping up for… page.

Wilma: “I’m stepping up as my husband has recently been diagnosed with Parkinson’s.”

Mick: “My Dad, his brother, and their father before them all had Parkinson’s. I also know people now who have Parkinson’s. I’m Stepping Up to raise funds so present and future sufferers of Parkinson’s can have a better outlook than those who have gone before.”

Therese: “Little Penny is a 7-week-old miniature foxy and she is stepping up with me to raise funds for Parkinson’s NSW. These funds will be used to help people with Parkinson’s live full and happy lives.”

Jean: “I’m stepping up in memory of my beautiful mum.”

Thank you to everyone who participated and sponsored participants in this fundraising campaign. It will be back again in 2023.