BRIAN AND BARBARA GRANT – SUPPORTED BY NINA DIGIGLIO
Brian Grant was 82 when he was diagnosed with Parkinson’s in August 2020, but the previous 12 months had been difficult for him with his health.

“He’d had a lot of problems with falls and things, but nobody ever suggested it might be Parkinson’s well after that,” said his wife, Barbara. “It was a shock when it was finally diagnosed. It’s not hereditary and we didn’t know anyone who’d had it. We knew nothing about it.

“It wasn’t until Brian had a bad fall and injured his ribs and ended up in hospital that the nurse caring for Brian got in touch with the Parkinson’s Specialist Nurse. We met her when she came to see us at home.”

“I’d seen the specialist and my doctor but neither of them really went into what it was in any detail,” recalls Brian. “Until Nina came to see us I didn’t really understand my Parkinson’s.”

Parkinson’s Specialist Nurse Nina Digiglio visited the Grants in their home in Bangalee, a suburb of Nowra in the Shoalhaven area of New South Wales. 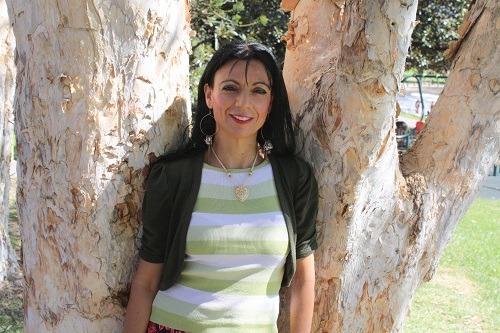 “She was here for two hours with Brian and she sat and started from the beginning,” said Barbara.

“NINA EXPLAINED EXACTLY WHAT PARKINSON’S IS ABOUT AND TALKED THROUGH ALL THE SYMPTOMS. SHE GOT BRIAN TO WALK AND DID LOTS OF TESTS (FOR PARKINSON’S) ON HIM AND AS SHE DID IT SHE EXPLAINED WHAT IT MEANT AND HOW IT COMES ABOUT. SHE WAS REALLY, REALLY WONDERFUL.”

“She was really lovely,” Brian agrees. “She sat and talked and answered my questions and was so very helpful.”

Barbara, who is a member of the local CWA branch, also invited Nina to speak at one of their meetings.

“She was very informative, and it helps people to understand about Parkinson’s,” said Barbara. “She rang me recently and just asked how things were going. She’s absolutely marvellous. It should be essential that anyone diagnosed with Parkinson’s can have a Specialist Nurse come to their home to explain it.”