Why you need more vitamin B3 in your diet 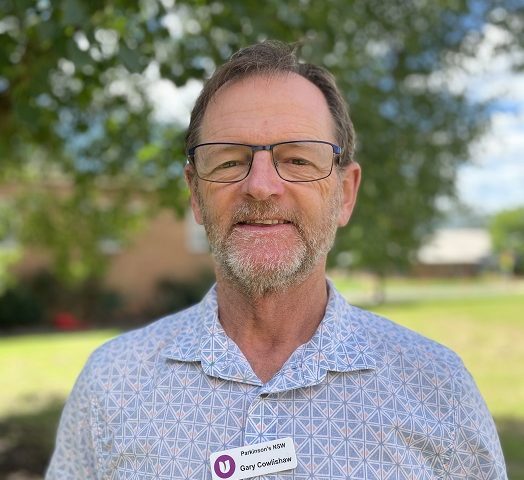 More than 90 percent of Parkinson’s NSW income comes from the generosity of individuals through donations and gifts left in their wills. Without the help of generous givers, we would not be able to deliver essential services to the NSW Parkinson’s community.

Ensuring the kindness and generosity of our donors is appropriately acknowledged while seeking new funding opportunities is a key role which is filled by Gary Cowlishaw.

He joined Parkinson’s NSW in January after a 34-year career in commercial sales for Qantas Airways in the UK and Australia.

“My role at Qantas involved relationship development with key decision-makers, negotiating contracts and winning business for the airline. So, while my background is commercial, my skill set is also a good match for the requirements of building relationships with major donors and anyone considering leaving a gift in their will,” said Gary.

Gary didn’t make the leap from Qantas to Parkinson’s NSW on a whim. He took time off to reconsider his future by driving around Australia with his family in a campervan.

This led to the insight that he wanted to spend the latter part of his career giving back to the community, and it was suggested to him that his skills and willingness to help others might be a good match for a role in the Not-for-Profit sector.

“WHILE THE COMMERCIAL WORLD CAN BE STIMULATING, I’M NOW MORE AT HOME WITH THE RESPECT, INCLUSION AND SHARED PURPOSE OF THE NOT-FOR-PROFIT SPACE,” SAID GARY.

When not working, Gary can be found in the great outdoors (“I’d rather walk than sit”) and he is also keen on yoga, rising at 5.30am to join a 6am class on most days.

With wife Nadine he is also the busy co-parent of a teenage son and daughter and focused on family life outside of work.

Should you be considering updating your will or including a gift in your will to Parkinson’s NSW or would like to discuss a donation, Gary would welcome your call on 02 8051 1900 to discuss your wishes in confidence.