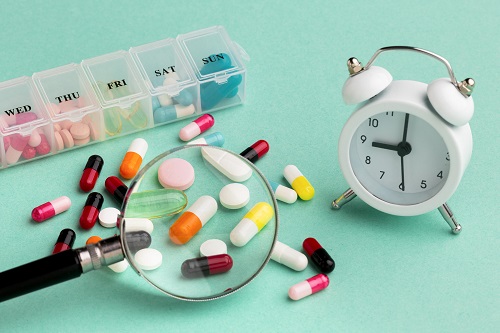 Michael Ortiz has Parkinson’s. Like many with this disease, he’s been hospitalised on many occasions for conditions other than Parkinson’s.

On too many of those occasions, according to Michael, the medication levodopa – vital to help him with his Parkinson’s symptoms – wasn’t administered on time and his stay in hospital and levels of comfort were impacted.

As a trained pharmacist Michael was keen to improve outcomes for himself and others. He reached out to the Clinical Excellence Commission’s Medication Safety team. He also sought out the best clinical practice in caring for patients with Parkinson’s.

Vince and two other clinicians – Jess Andrews, a pharmacist and Kirsten Deutschmann, an occupational therapist – led a multidisciplinary team in an award-winning clinical practice improvement project to improve safety for this vulnerable patient group by addressing medication management.

In their project, conducted at Coffs Harbour Hospital, the team found in patients with Parkinson’s who were admitted to hospital each year only 44 percent were receiving medications on time.

Results showed improvements in patients having medications on time, a reduction in average length of hospital stay for Parkinson’s as a secondary diagnosis from 9 to 6.2 days, more rapid access to correct medications, and both improved teamwork and consumer satisfaction.

In addition to the contribution to the project of the CEC’s safety notice, it also was influential in development of the Parkinson’s education module on My Health Learning – the NSW Government Health Education and Training (HETI) online training platform.

It was also foundational to a research collaboration between Parkinson’s NSW, the Mid North Coast Local Health District and Charles Sturt University on the benefits of a Parkinson’s specialist nurse.

Changes to clinical practice made by the team included simply moving medications to make them easier to access.

The very simple thing was the Emergency Department (ED) staff saying ‘well let’s put the first line medications in the ED and trial and see how it works’. That was a simple fix, but it took cultural change to make it happen.

Michael Ortiz and Vince Carroll have both published articles on improvements to Parkinson’s medication management in hospitals.

Michael’s paper is ‘On time – every time’  and Vince Carroll has documented results of the project in Coffs Harbour in ‘Purposeful collaboration: Enriching lives for people with Parkinson’s disease’ .