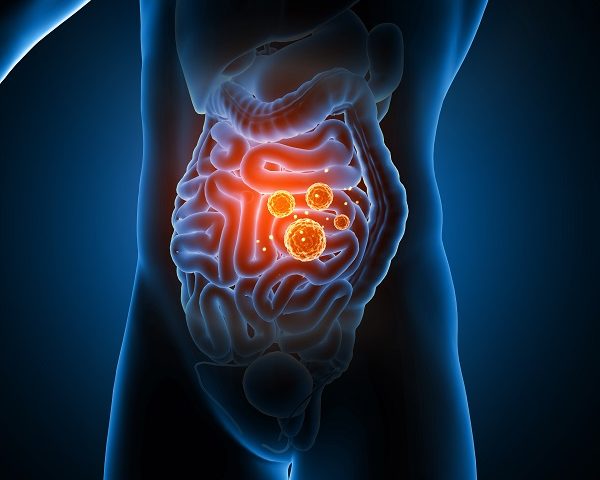 These manifestations of impaired gut function can affect the length of the gastrointestinal tract and can begin at any time during a patient’s illness – often preceding motor symptoms of tremor, rigidity and bradykinesia by many years.

However, gastrointestinal dysfunction is frequently overlooked in Parkinson’s, despite having a considerable impact on a patient’s quality of life.

Recent research suggests that direct communication systems exist between the gut and the brain that may be involved in both the development of Parkinson’s and Parkinson’s-associated gastrointestinal dysfunction.

Interestingly, this communication involves microbes (bacteria, fungi, viruses) that are resident within the gastrointestinal tract, collectively known as the human gut microbiome. 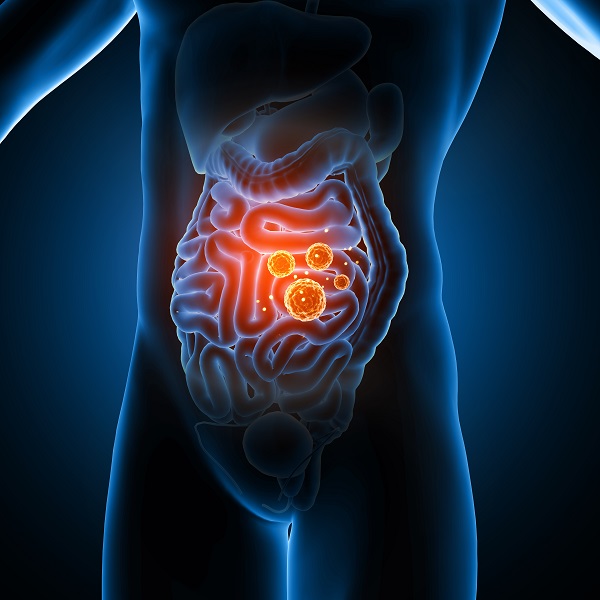 Of most interest is the bacterial component of the microbiome, which number around one hundred trillion (100,000,000,000,000 or 1×1014) and contribute to functions such as the digestion of food, the production and processing of neurotransmitters (e.g. dopamine and serotonin) and the absorption of nutrients, vitamins and medications into the blood stream.

Importantly, the composition of the gut microbiome is now recognised as being essential for maintaining good health and is often a contributing factor in disease.

With particular regard to Parkinson’s, a raft of research studies over the last five years have explored whether there are relationships between the gut microbiome and Parkinson’s, stimulated by a greater awareness of Parkinson’s potentially starting in the gut and the predominance of gastrointestinal dysfunction throughout the course of the disease.

Collectively these studies have demonstrated  differences in gut bacterial populations between Parkinson’s patients and healthy control subjects that support a role for abnormal microbiome composition in Parkinson’s.

In particular, a decrease in the amount of certain bacteria capable of converting undigestible food into energy for the large intestine has been linked to changes in the structure and function of the gut lining as well as inflammation of the gut.

Another interesting finding is that specific bacteria in the gut can process the drug levodopa to dopamine. In the setting of varied microbiome composition in Parkinson’s, this may explain why some patients experience a varied response to levodopa treatment.

With the support of a 2018 Parkinson’s NSW seed grant, we have been evaluating gastrointestinal dysfunction and the gut microbiome in a cohort of 103 Parkinson’s patients and 81 healthy control spouses/relatives.

Our investigations have shown a number of interesting, insightful and clinically relevant findings with more analysis taking place.

In our preliminary studies, we were able to determine that Parkinson’s patients more commonly experienced symptoms of gastrointestinal dysfunction and that these were more severe in nature.

Specifically, PD patients were three times more likely to experience constipation than the healthy controls, (78.6% vs 28.4%), and their constipation was four times worse.

This was also associated with chronic pain and more frequent upper gastrointestinal tract symptoms, in the form of indigestion, nausea, excessive fullness and bloating. Interestingly, we found that Parkinson’s patients undertaking more physical activity were (among other things) less likely to be constipated, supporting the idea that adjusting lifestyle factors can have an impact on disease.

Our ongoing research is further exploring the relationship between the gut microbiome and Parkinson’s. Our initial survey of the gut bacteria at a single time point has identified many differences in the Parkinson’s patients, changes which support the theory of ‘gut leakiness’ and inflammation involvement in Parkinson’s.

A host of other changes relating to various disease features have been identified and testing of various models is underway to define a potential microbiome indicator test for Parkinson’s. We are also investigating the impacts of standard and advanced Parkinson’s therapies on the gut microbiome and also whether changes in the microbiome occur over time.

In summary, there is increasing research interest into the composition of the gut microbiome, how it impacts disease and whether it can be modified to alter disease and patient outcomes.

It is hoped that with further well-designed trials, the analysis of a person’s gut microbiome may one day be used to identify individuals at risk of Parkinson’s – and those with early Parkinson’s – in addition to offering patients more effective and tailored treatments for their Parkinson’s disease.