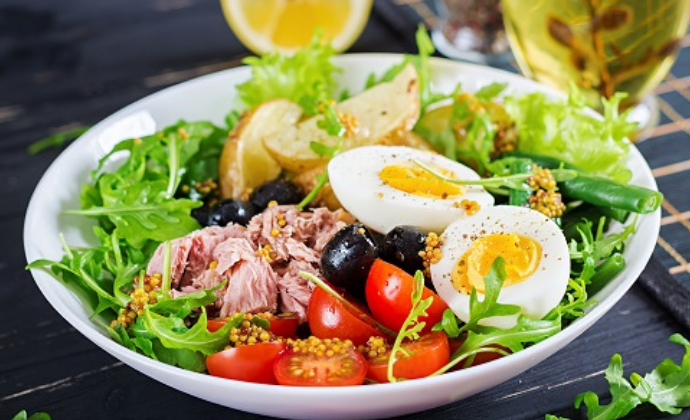 Eating a Mediterranean diet is linked to later onset of Parkinson’s, a study by researchers at the University of British Columbia, Canada, has found.

According to the research, following a Mediterranean-style diet could delay Parkinson’s disease by up to 17.4 years for women, and 8.4 years for men.

The researchers studied two diets – the Mediterranean and MIND diets. They are similar, with both focusing on vegetables, pulses, seafood, olive oil, and wine in moderation.

There are small differences between the two. The MIND diet (which is based on the Mediterranean and DASH diets) emphasises green leafy vegetables, berries, beans, whole grains, and poultry. It also discourages fruit, milk, and potatoes.

The researchers found that women reaped the most benefits from the MIND diet while the Mediterranean diet had a greater positive effect on men.

The study assessed 286 Canadian participants in total, 167 of whom had Parkinson’s onset (i.e., the first symptoms appearing) in the previous 12 years, and 119 were a control group.

Of those with Parkinson’s, 68 percent were men – compared to 39 percent in the control group. However, men are 1.5 times more likely to have the disease than women, according to Parkinsons.org. 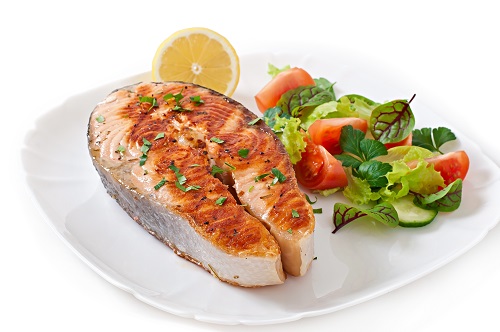 Adherence to the MIND or Mediterranean diet was assessed for each participant –   also considering other health markers, such as exercise, smoking, and diabetes.

The researchers found a correlation between MIND diet adherence and later onset of Parkinson’s, particularly for women.

Females who followed the MIND diet the closest were found to have Parkinson’s onset 17.4 years later than those whose adherence was lowest.

“THE STUDY SHOWS INDIVIDUALS WITH PARKINSON’S DISEASE HAVE A SIGNIFICANTLY LATER AGE OF ONSET IF THEIR EATING PATTERN CLOSELY ALIGNS WITH THE MEDITERRANEAN-TYPE DIET. THE DIFFERENCE SHOWN IN THE STUDY WAS UP TO 17 YEARS LATER IN WOMEN AND EIGHT YEARS LATER IN MEN,”

said Dr. Silke Appel-Cresswell of the Pacific Parkinson’s Research Centre, the Djavad Mowafaghian Centre for Brain Health, and the Division of Neurology in the University of British Columbia Faculty of Medicine.

“There is a lack of medications to prevent or delay Parkinson’s disease, yet we are optimistic that this new evidence suggests nutrition could potentially delay onset of the disease,” she said.

The MIND diet was originally designed to minimise cognitive decline, and it has been linked to the prevention of Alzheimer’s disease and dementia in the past, but the new study is the first research into the effect of the MIND diet on those with Parkinson’s disease.

However, the research supports a previous study that found that the MIND diet could reduce incidence and delay progression of Parkinson’s disease.